crashtech said:
So many bumper jobs though! I've had to blend the other quarter on a white pearl bumper/quarter job before , but it's sure not something we like to do every day! But blending's another very important aspect, knowing when you have plenty of room to fade out and the skill to make it disappear makes the color match process that much easier and the result that much better, for sure
Click to expand...

I did a bumper (Nissan QAB) that had to butt match the fender. I just winged it on the mid-coat with 1-1.5 coats. Came out horrible. So, I did a let down card. It actually needed 3-4 to match. The time and material to do a card is so worth it.
A

crashtech said:
Don't mind if I chime in on color generally for a moment. Something that has become pretty obvious over the years is that most of the time the chips don't look like an actual sprayout, especially the flop. That's due to a lot of things, but one of the main ones is that it's not really possible to duplicate the conditions under which the chip was made. So many variables! When I first switched to Standox and also changed base guns I had a problem where a suspiciously large number of my colors were having dark flops. Turns out that for what I was doing, I needed about 8 psi more on average due to the two changes. Now my sprayouts are closer to the chips some of the time, but the really nice part is when making the the color again, it will usually match the sprayout very closely, with much better accuracy than chips. So it's really nice to have the notebooks and get "hits" on the personal color database, so to speak.
Click to expand...

What pressure are you spraying at? What size needle? I use a 1.3 on a Prolite between 25-28 and 2 turns out on material.

So Im in trouble. There s no store around 50 miles who sells PPG today. wait until monday. boss already called to clean the spray booth before 2 oclock.
So the only place that has any paint was napa. Desperate Times call to Desperate Measures, so i went there. For pint of each i was quoted 300$. And our shop has a good account. How can i afford 300$ paint with 100$paid for each part???
I ended up buying just first color, i got left one pint of mid coat from omni . God knows what will i get. if it will not match gonna untape the car and wait until monday .
funny but napa mixed by prime by code looks better than last paint mixed 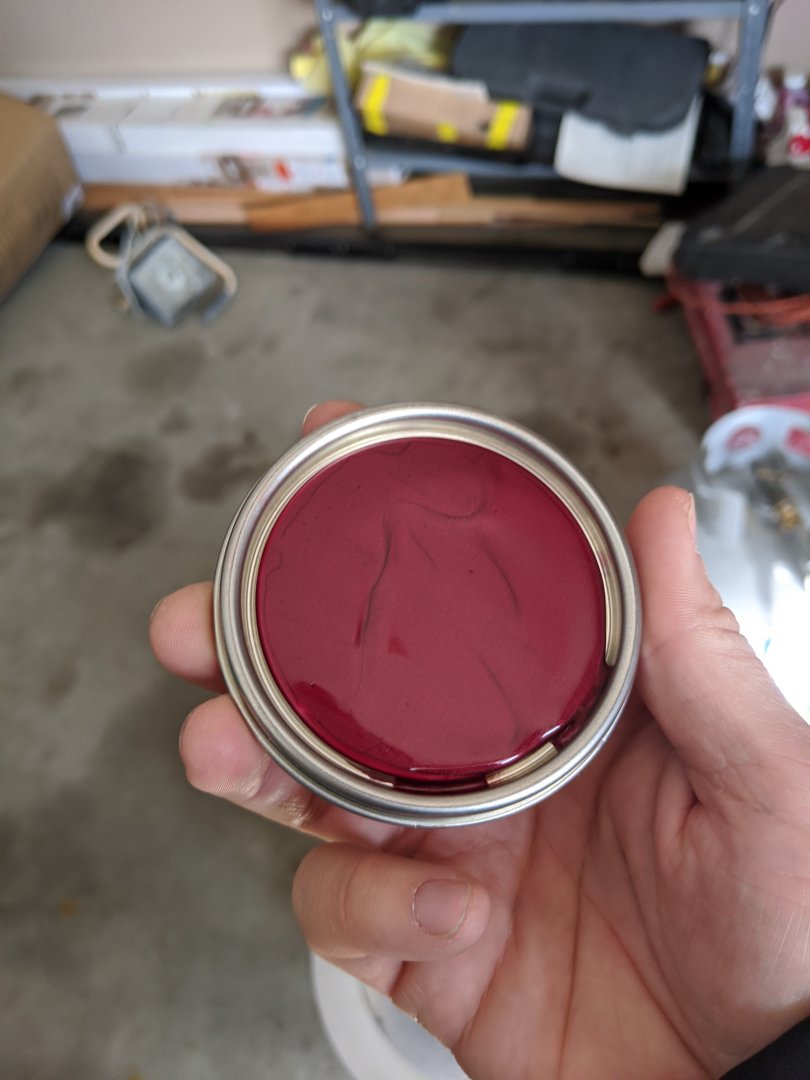 by chip. idk how that possible

Oof. One is too orange, other one is too pink 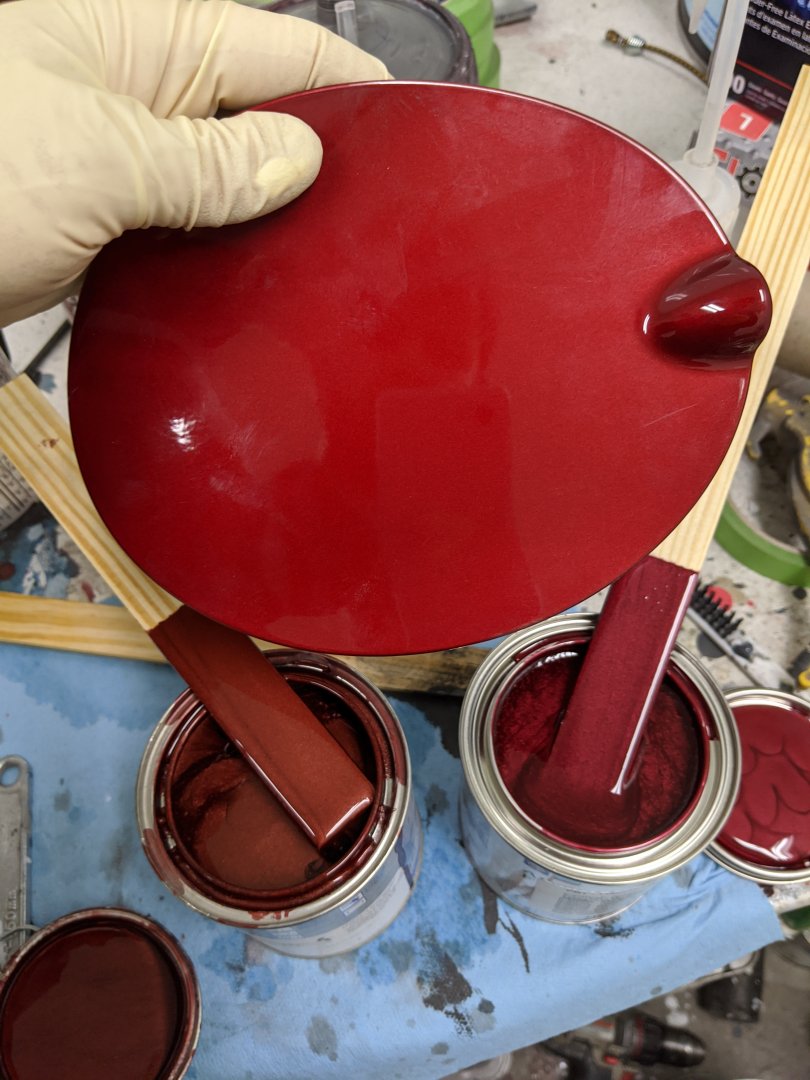 So I found all reds I could find. Found Nissan NAH , mixed with paint I bought today . Needed it more yellow, added mipa one, and it made it yellower , but at the same time different. Gonna try spray card 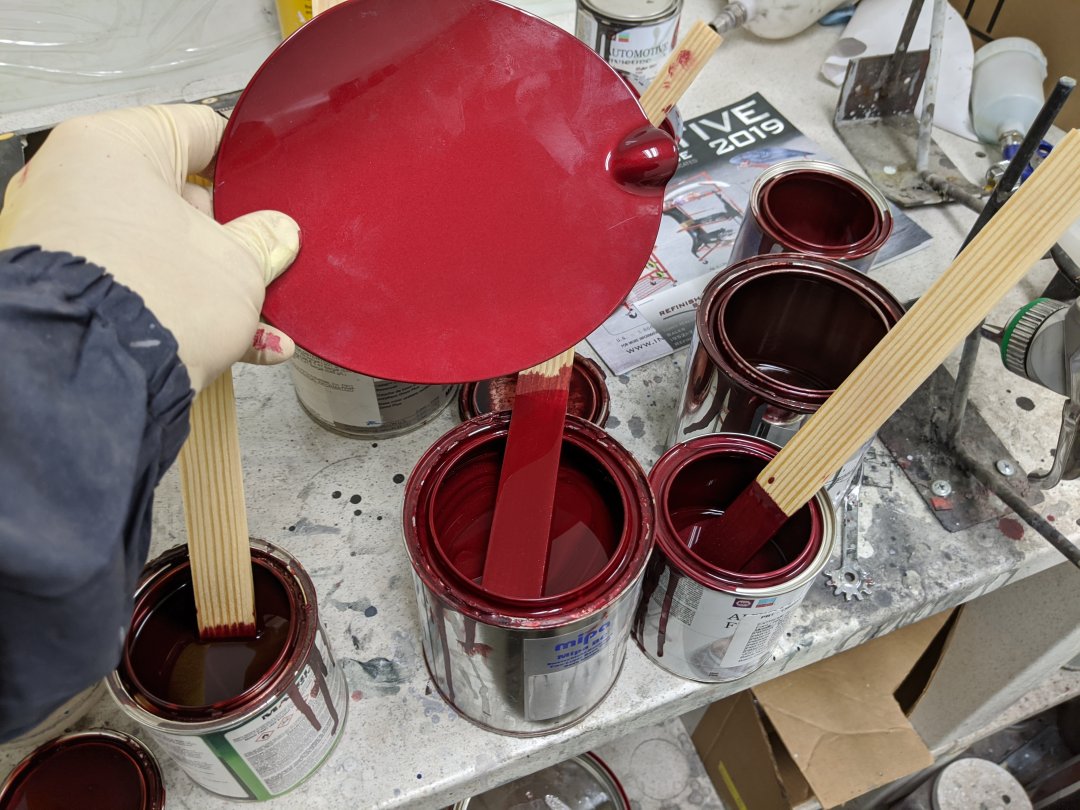 AAE said:
What pressure are you spraying at? What size needle? I use a 1.3 on a Prolite between 25-28 and 2 turns out on material.
Click to expand... 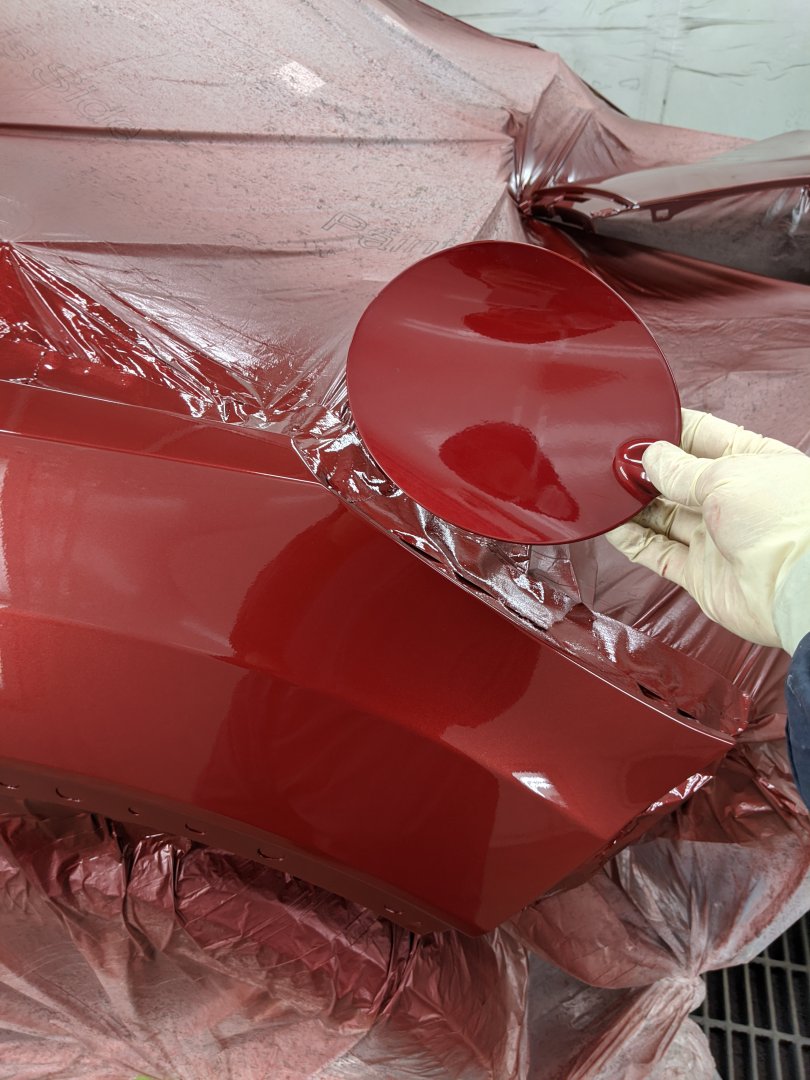